How Omar Enlightened Me 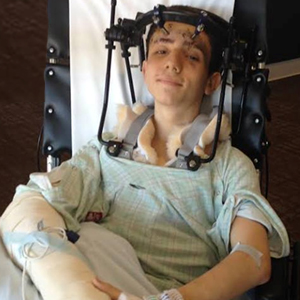 17-year old Omar was a passenger in a devastating car accident about a month ago. He broke 20 bones from head to toe and lost about 7 pints of blood. Basically, he's lucky to be alive. The amazing ER docs and ortho surgeons at Stanford performed what seems like miracles. Omar's dad called me with the bad news and I planned to see him after he got out of the ICU. When I went to visit him, I was planning on picking up his spirits and give him some hope, but instead, he enlightened ME.
I was feeling pretty pessimistic before I even got in the building, though. As I circled the hospital and several parking lots searching for a parking space for 15 minutes, I was angry with the hospital administration for not providing enough parking spaces for visitors. With each passing minute, I got madder and madder. Then, after FINALLY parking, just walking down the halls (that all looked the same) to find Omar's room, I was frustrated that the nursing staff couldn't find him and pointed me in the wrong direction several times. By the time I found Omar, I only had 5 minutes left before I needed to leave, and I was very annoyed.
What I saw when I walked into his room stopped me in my tracks, and all of my frustrations and annoyance evaporated, forgotten. I don't know what I expected to find - I KNEW he was in a terrible car accident. I KNEW that a nurse at the first hospital (before Stanford) almost paralyzed him by moving his broken neck. Still, I wasn't prepared. I saw my little Omar's head encased in a metal frame (halo) - he couldn't turn to see me as I walked in.
I wanted to hug him but he was in casts and cages. When I looked into his eyes and saw his sparkly personality beaming out at me, I noticed that the 2 screws that held his head in place were actually screwed INTO HIS SKULL. I almost lost it. I couldn't take my eyes off the screws. I'm the kind of person who can't watch movies or TV shows that have violence, blood and guts, or even just mild suspense. I fast forward through violent or scary scenes. When I have blood drawn, I need to lie down and stare straight up so I don't see any needles or tubes of blood. So there I am, Omar's college advisor, the one who was supposed to inspire him and tell him everything is going to be okay.
What happened next surprised me. Before I could say anything, Omar asked me how I was. He'd broken pretty much everything in his body there was to break and can't go back to school for the rest of the year, and he asks how *I* am? Then he told me that he didn't remember anything about the accident (a good thing!) and how grateful he was to have such a loving father who paid out of pocket to transport him to Stanford - a better hospital that he feels saved his life.
Never once did he blame the driver of the car or the nurse who almost paralyzed him. He wasn't even upset that he was going to miss all of the senior highlights and graduation. Instead, he told me that his high school is allowing him to graduate and that he hopes to visit the school to see his friends later this semester. He glowed as he told me that he got into his first choice college and was still considering his second choice and other prestigious colleges. He told me what he learned from friends about exciting developments in computer science (his future major) and what he plans to develop in the future. He may have been physically broken, but he was intellectually and emotionally whole.
I was so taken by his genuine humbleness and positive outlook on life. Just 15 minutes before, I'd almost blown a gasket over PARKING. It took a 17-year old near-death survivor to remind me to reevaluate my priorities and look for the positive aspects in life. On the drive back, I thought about everything he said during our visit and I realized that he had ALWAYS looked at the bright side. The accident hadn't taken that away from him. What a remarkable kid. I know he is going to fully recover and he'll be an inspiration to others - just by being himself.
Share to: Facebook Google Plus Twitter 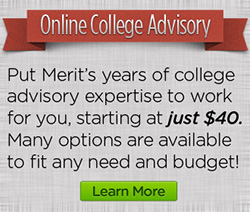